Cao Fei’s first major solo show in China and largest and most comprehensive career retrospective to date assembles works from the artist’s two decade-long career, situating the threads present in her diverse practice amidst rapid development in contemporary society.

From March 12, 2021 to June 6, 2021, UCCA presents “Cao Fei: Staging the Era,” the artist’s first major solo show in China. As one of China’s most prominent contemporary artists, Cao Fei (b. 1978, Guangzhou) uses multimedia formats—film, video, virtual reality, and installation—to surreally depict the dramatic social changes of a globalizing China and the state of the individual under such conditions. “Staging the Era” assembles the expansive range of works from Cao Fei’s two decade-long career to date, from the experimental theater works in her early years as a student at the Guangzhou Academy of Fine Arts to her latest large-scale interdisciplinary research project on the history and echoes of the Beijing neighborhood she calls home today.

Cao Fei has consistently focused on the complicated social pressures emerging from the entanglement of popular culture, technological development, and urban change, fluidly shifting between documenting reality and creating fantasy in her art. Structured into four sections that reflect the flow of themes and locales in her work—The South, The City, The Workshop, and The Simulation—the exhibition situates her practice within the context of her own artistic development, often in symbiosis with her environment, and the country’s profound social upheavals since Opening and Reform four decades ago. Raised in a family of artists in Guangzhou, Cao Fei’s early performances and experimental video works reflect her bold creative attitude and the new aesthetic and cultural sensibilities effected by the city’s economic development and the influence of Hong Kong’s mass culture during this period. Cao Fei gained early recognition for Imbalance 257 (1999), a short video shot while still at the Guangzhou Academy of Fine Arts that was considered to be the starting point of her career.

Guangzhou and the urban fabric in modernizing China became the essential, mosaic setting of Cao Fei’s exploration of the role of the individual amidst rapid urbanization—the impact of relentless industrial development recast in Cao Fei’s singular creative language. San Yuan Li (2003), an experimental documentary takes the perspective of a flâneur to portray the contradictions and poetics inherent in this historical district that has become emblematic of the singular urban-village phenomenon. Cao Fei’s interest in the quotidian, youth culture, and the paradoxes of contemporary life, where individual hopes and desires run up against collective currents and social reality, finds its energetic expressions in the video works the “Hip Hop” series (2003-2006), Cosplayers (2004), and Milkman (2005).

Maneuvering within the protean hybridity of documentary and fictional forms, Cao Fei turns her focus towards the site and conditions of production behind the digital infrastructures and social systems contemporary life is prone to yield to or take for granted. In Rabid Dogs (2002), white collar workers morph into erratically behaving dogs under the pressure of a cutthroat work environment, while factory workers take center stage in Cao Fei’s at once playful, poignant, and spirited interrogation of the impact of economic transitions on individual lives in Whose Utopia (2006). She dives into the heart of the online shopping industrial complex in the pair of works shot on location with permission from the online retailer JD.com. The “Asia One” project, shown in China for the first time, consists of Asia One (2018), a fictional film of a futuristic love story between the two remaining human employees at JD.com’s automated Asia No. 1 warehouse, and 11.11 (2018), a documentary that peels back the overwhelmingly complex operations at the gargantuan JD.com logistics chain and distribution network during the annual Double Eleven Shopping Festival.

Departing from the real world, Cao Fei forays into the virtual by adopting the avatar China Tracy and constructing the metropolis RMB City in the online virtual world Second Life, resulting in the “RMB City” series (2007-2012) that would come to be considered a pioneering work of Internet art. The series encompasses a multimedia suite of documentary video, virtual events, and social networks that is at once satirical and skeptical, a tableau of New China and the extremes of media and political consciousness that is self-contradictory but nonetheless holistic. Later, La Town (2014) spins past and future, reality and fiction into a post-truth apocalyptic tale that grates at the borders of magical realism. In her most recent long-term interdisciplinary undertaking, shown here for the first time, Cao Fei probes into the history and transformation of her Jiuxianqiao neighborhood in Beijing that was once the core of the early Chinese electronics industry and home of Hongxia Theater. The project centers on the science fiction film Nova (2019) and the documentary Hongxia (2019), along with a pair of AR and VR works. Taken together with the archival materials unearthed from her research, the layers of documentary, history, and science fiction present a multidimensional synthesis of individual and collective encounters across space-time, a vision of memory and media as loci of future-nostalgia convergence.

This exhibition is at once a retrospective—Cao Fei’s largest and most comprehensive to date, and her first in China—and an immersive experience that invites us into her creative mind, as realized in the exhibition design by Hong Kong studio Beau Architects. “Cao Fei: Staging the Era” is accompanied by the publication of the catalogue HX (2021), developed alongside “HX” project as a counterpart to the artworks and documents Cao Fei’s extensive research process. Rather than a linear exposition, this exhibition is a site of exploration, a place to wander, observe, think, and play, where we view her art as we also look to each other and to the historical moment we inhabit together. Perhaps this is Cao Fei’s special contribution to the global history of art: a sense, at once personal and epochal, sentimental and monumental, meditative and performative, of belonging to this particular here and now—a stage for our era.

Cao Fei (b. 1978, Guangzhou, lives and works in Beijing) blends social commentary, pop culture aesthetics, references to Surrealism, and documentary filmmaking conventions in her works, which consider the rapid and chaotic changes of contemporary Chinese society. Her work has been exhibited in many major international exhibitions, including the Shanghai Biennale, Moscow Biennale, Taipei Biennial, 15th and 17th Biennale of Sydney, Istanbul Biennial, Yokohama Triennale, and 50th, 52nd, and 56th Venice Biennales. She has exhibited her works and projects at museums such as the Serpentine Gallery (London); Tate Modern (London); New Museum (New York); Solomon R. Guggenheim Museum (New York); Museum of Modern Art (New York); Palais de Tokyo (Paris); and more. She has held solo exhibitions at Centre Pompidou (Paris) and MoMA PS1 (New York). In 2020, her large-scale exhibition “Blueprints” was shown at the Serpentine Gallery. Cao Fei was nominated for the Hugo Boss Asia Art Award in 2010. She has received both the Best Young Artist Award (2006) and the Best Artist Award (2016) from the Chinese Contemporary Art Awards. 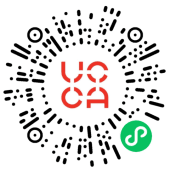