Maurizio Cattelan is one of the most popular as well as controversial artists on the contemporary art scene. Taking freely from the real world of people and objects, his works are an irreverent operation aimed at both art and institutions. His playful and provocative use of materials, objects, and gestures set in challenging contexts forces commentary and engagement.

Not only does Cattelan create artworks in a traditional sense, he practices art in many forms, such as curating exhibitions, founding a football club, and starting an art gallery. These works engage in our social relations, showing the critical way in which Cattelan views the contemporary society. The social side of Cattelan’s work reminds us that we may find some insights hidden in his artworks when we hear from his circle of art world friends.

On November 20, 2021, UCCA is honored to host curator, art historian, and author Nancy Spector, curator Ali Subotnick, and UCCA Director Philip Tinariin a conversation moderated by Francesco Bonami, curator of “Maurizio Cattelan: The Last Judgment,” to discuss Cattelan in his practice and how his work has always defied the limitation of boundaries. 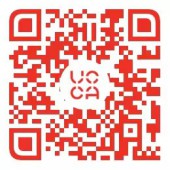 Ms. Spector received a B.A. from Sarah Lawrence College in 1981, an M.A. in art history from Williams College in 1984, and an M.Phil. in art history from City University of New York in 1997. She is deputy director and chief curator of the Solomon R. Guggenheim Foundation, for which she has organized exhibitions on conceptual photography, Felix Gonzalez-Torres, Matthew Barney’s Cremaster cycle, Richard Prince, Louise Bourgeois, Marina Abramovic, and Tino Sehgal. She also organized the group exhibitions “Moving Pictures; Singular Forms (Sometimes Repeated)”; and “theanyspacewhatever.” She was one of the curators of “Monument to Now,” an exhibition of the Dakis Joannou Collection, which premiered in Athens as part of the Olympics program. She was adjunct curator of the 1997 Venice Biennale and co-organizer of the first Berlin Biennial in 1998. Under the auspices of the Deutsche Guggenheim Berlin, she has initiated special commissions by Andreas Slominski, Hiroshi Sugimoto, and Lawrence Weiner as well as a special exhibition on the work of Joseph Beuys and Matthew Barney. She has contributed to numerous books on contemporary visual culture with essays on artists such as Maurizio Cattelan, Luc Tuymans, Douglas Gordon, Tino Sehgal, and Anna Gaskell. In 2007 she was the U.S. commissioner for the Venice Biennale, where she presented an exhibition of work by Felix Gonzalez-Torres. Ms. Spector is a recipient of the Peter Norton Family Foundation Curator’s Grant and five International Art Critics Association awards. She has been teaching at Yale intermittently since 1994 and is currently a critic in photography.

Ali Subotnick is an independent curator based in Los Angeles. She is adjunct curator at the Hammer Museum, where she was previously curator (2007–17), and curator-at-large for Los Angeles Nomadic Division (land).

Since coming to UCCA in 2011, Philip Tinari has led its transformation from a founder-owned private museum into an accredited museum across multiple locations, a public foundation, and a family of art-driven enterprises. During his tenure, UCCA has mounted more than seventy exhibitions and thousands of public programs, bringing artistic voices established and emerging, Chinese and international, to an audience of over a million visitors each year. From 2009 to 2012 he founded and edited LEAP, the first internationally distributed, bilingual magazine of contemporary art in China. He is a contributing editor of Artforum, and launched the magazine’s Chinese edition in 2008. Having written extensively on contemporary art in China, he was co-curator of the 2017 exhibition “Art and China after 1989: Theater of the World” at the Solomon R. Guggenheim Museum in New York. Based in Beijing since 2001 and fluent in Mandarin, Tinari is a World Economic Forum Young Global Leader and a fellow of the Public Intellectuals Program of the National Committee on US-China Relations. He holds degrees from Duke and Harvard.

Francesco Bonami was the curator of the second SITE Santa Fe Biennale, the 50th Venice Biennale, and the 2010 Whitney Biennale. He is also the editor in chief of Flash Art magazine (American edition), the senior curator of the Museum of Contemporary Art Chicago, and the art director of the PittiDiscovery Foundation in Florence; Bonami has planned exhibitions at the Whitechapel Gallery and the Hayward Gallery in London.