The Pieces I Am

SHANGHAI, China — From September 30, 2022, to January 8, 2023, UCCA and Douyin Art present the group exhibition “The Pieces I Am,” focused on humanity’s existence in the digital age. The exhibition features 27 artists and groups from China and abroad who use and/or explore technology in their works. The Chinese exhibition title takes its inspiration from the idiom 吉光片羽(jíguāngpiànyǔ), which metaphorically refers to fragments of treasured ancient relics, and changes the first character to the homophonous 集 (jí) to alter the meaning to suggest a collection of precious, beautiful, and enlightening “pieces” drifting down from the digital world. “The Pieces I Am” offers a possible starting point for understanding our digitized reality, interpreting and disenchanting the contemporary digital age through a wide range of art that traverses between digital and real, authentic and virtual, natural and technological, and logical and emotional. In doing so, it seeks to offer us new ways of recognizing the self, the world, and the relationship between the two in our fragmented contemporary context. “The Pieces I Am” is curated by UCCA Lab Curators Liya Han and Yoojin Tang together with special guest curator Iris Long, designed by Shen Ruofan, and organized by the UCCA Lab team.

“The Pieces I Am” posits that we live in an interconnected archipelago, a dense microsystem of websites, social media platforms, simulated environments, intelligent devices, and other contemporary technologies. These interdependent technological islands together constitute our information age, reshaping social models and living conditions. In the view of sociologist Manuel Castells, information technology is the core driver of production and development in the information age, pursuing the accumulation of knowledge and increasingly complex methods of processing information. Within this paradigm, signals become products, and knowledge is fodder for computing. Even the self has been incorporated into this model: anonymous algorithms and automated programs have transformed dynamic, heterogeneous individual experience into data, replacing the human figure as the primary vehicle of communication and indicator of the self’s existence. Technology can seemingly recognize, understand, and even predict the individual more accurately than people can. At the same time, humans are increasingly unable to grasp these complex flows of technology.

How might the individual respond to, interpret, and reimagine the profound interplay between technology and life? “The Pieces I Am” adopts fiction as its curatorial methodology, unfolding through the structure of a science fiction trilogy. Within the space of UCCA Edge, the work of the 27 artists and groups is dispersed within narrative environments titled “Liquid Life,” “City of Mist,” and “The Lunar Sea.” These three interlinked sections lead viewers on a journey of exploration through the world woven together by digital media and technology in general, in which fact and fiction intersect. The exhibition begins with an artwork by Liu Di located in the public area on the museum’s second floor, which continues his explorations of the limits of the universe, time, and cognition. Thereafter visitors enter “Liquid Life,” which takes fluidity as its central thread, connecting the works of seven artists and groups reflecting on and reimagining individual digital life into the form of an aquatic voyage. From the collapsing ice shelf featured in Shi Zheng’s work, to the endless sea journey constructed by Ye Xuan, Wu Ziyang’s digital animation film examining network construction through the frame of Manila’s Pasig River, and the mysterious pond-like assemblage that Shao Chun has made from electronic fabrics and everyday objects, liquid imagery repeatedly appears as a metaphorical representation of digital existence. Artist group Shinseungback Kimyonghun’s unique approach towards machine vision technology, Young-Hae Chang Heavy Industries’ integration of text and music, and the flow of language pouring out of Yin Yi’s sound installation not only reveal the impact of digital technology on individual identity, behavior, and perception, but at the same time, through the reflexivity and creativity of their underlying concepts, stimulate our awareness of how digital processes and objects are shaping social structures and relations.

On the floor above, eight artists construct a complex “City of Mist.” This chaotic mist is like a mirror image of reality, reflecting the contemporary life that humans and digital objects collectively inhabit. Guided by the star that Ann Veronica Janssens forms out of fog, the city’s inhabitants may practice divination at Guo Cheng’s Abstract Oracle Miner, immerse themselves in an infinite scroll of information in Tang Chao’s newly commissioned video work, or use Sun Yitian’s binoculars to reverse the direction of our “gaze” towards electronic landscapes. Viewers may wander through the otherworldly space Pascale Bircheler has constructed for sleepwalkers, observe Lin Ke’s painting of the sky that draws the virtual into reality, or receive the seemingly non-existent “gift” at the center of Xin Yunpeng’s piece. Here, the organic and inorganic meet, and Ian Cheng’s intelligent virtual creature “BOB” goes through cycles of life and death. These artists act as our guides through the “City of Mist,” leading us to new perspectives on the digital “neighbors” who are dispersed throughout our lives. In these moments of encounter, a turning point is coming.

The remaining eleven artists and groups wander along the borders between the digital and physical worlds, expanding the museum’s fourth floor into “The Lunar Sea.” Pete Jiadong Qiang’s HyperBody Dungeon: UCCA Edge transforms the outdoor terrace into a video game environment, while Jiayu Liu transports the lake and sky of Switzerland’s Vallée de Joux into the exhibition space, and Payne Zhu “reverse renders” information he has collected from Douyin and other social media platforms into a cascading waterfall of data. In this fertile, boundless sea, Rafael Lozano-Hemmer’s Bilateral Time-Slicer presents audiences with their segmented digital doubles. At the same time as the 3D-modeled inorganic protagonist of Wenxin Zhang’s video ventures through an artificial, phantom world, artist group panGenerator bring the progress bar and the experience of scrolling down a screen into physical space. Coralie Vogelaar uses computer algorithms to perceive human emotions, Studio Above&Below posit interaction between audiences and their artwork as a kind of human-computer interface, and Yehwan Song humorously interprets the tension between commonality and difference in the Internet age. After passing through Lawrence Lek’s simulated Nepenthe Valley or jumping into David OReilly’s game Everything, where you can become a plant spore, an island, or even the Milky Way, it may feel as if the infinite objects onscreen are slipping into real life. Through speculation and imagination, the artists in this final section trace out the separation and convergence of self and digital self, transforming the interface between the virtual and the real into a multidirectional hub, jointly weaving together ways of seeing and living that belong to the digital age.

UCCA Director and CEO Philip Tinari comments, “UCCA is proud to partner with Douyin Art to present an exhibition that explores our relationship to the vast and fragmented information landscape that we now inhabit, and how we as individuals construct identities and narratives from these pieces. Bringing together Chinese and international artists who have reflected on these themes, the three curators take us on a poetic and powerful journey of discovery. We are especially excited about how the offline environment of the exhibition will manifest in the online world, particularly of Douyin, as we search for new possibilities for art in a digital age.”

Chen Xinran, head of Douyin Art, has noted, “For Douyin, our original intention is quite simple: that is, to provide a site for art institutions and artists to share art, allowing audiences to heighten their understanding of art and participate in it. I hope that everyone can join us to build an online art ecology, helping contemporary art break out of its own networks, and ensure that is not something just for the few.”

On September 29, 2022, the opening for the “The Pieces I Am ” was livestreamed on UCCA’s official Douyin account. Viewers watched Rock & Roast comedian Norah Yang in dialogue with the curators offline while also digitally exploring the exhibition. The Pieces I Am, the exhibition concept film featuring artistic performers selected by UCCA including Wu Yanshu, Ju Xiaowen, Wu Muye, Xiexin Dance Theatre, and Re-TROS, also premiered during the livestream. The film was co-produced by Douyin Art and UCCA Lab.

Search “Online Art Exhibition” on Douyin, or follow UCCA’s official Douyin account, to learn more about the livestream and exhibition.

During the exhibition period of “The Pieces I Am,” UCCA Edge will present a vibrant lineup of programs, including guided tours from the exhibition curators, talks and discussions related to the exhibition theme, performance lectures inviting audience particpation, experience sharing sessions and workshops, and the “Art in an Hour” livestream series. At the same time, UCCA Edge shall continue our curated programming on urban life and architectural culture. For the most up-to-date information on events, please refer to announcements on UCCA’s official website and UCCA Edge’s official accounts on WeChat and other social media platforms.

View AllClose
Ticketing
The Pieces I Am
Buy Now 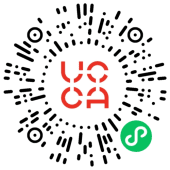 Sky Painting in the Metaverse