From September 22, 2019 to February 23, 2020, UCCA Dune presents “Notes from Pallet Town,” showing work from Leelee Chan (b. 1984, Hong Kong), Guo Cheng (b. 1988, Beijing), and the artist duo of Jingfang Hao (b. 1985, Shandong province) and Lingjie Wang (b. 1984, Shanghai). The “Pallet Town” of the title refers to the hometown of the protagonist of a 1990s Japanese video game and anime series. In a certain sense, the built environment in China is close to achieving the futuristic, idyllic sheen found in the background of such cartoons, yet the deeper implications and potential by-products of such a perfect image warrant further exploration. In “Notes from Pallet Town” participating artists deliver reports from imagined utopias, asking viewers to re-imagine the structures underpinning contemporary life. Their work foregrounds technology, but pointedly uses it as a means to highlight natural phenomena or illusions, revealing moments of unexpected beauty. “Notes from Pallet Town” is specifically curated in dialogue with the unique architecture and setting of UCCA Dune, designed by Li Hu and Huang Wenjing of OPEN Architecture, nestled in the sand by the Bohai Sea in the Aranya Gold Coast Community, 300 kilometers from Beijing. Continuing UCCA Dune’s curatorial focus on art examining the relationship between the human and natural worlds, the exhibition is curated by UCCA Head of Exhibitions Guo Xi.

The media franchise that the original Pallet Town appears in is in fact Pokémon. However,  the exhibition is not directly concerned with the narrative of the Pokémon universe, rather taking the fictional town as a jumping-off point: all born after 1980, the participating artists came of age at a time when Japanese imports helped define the cultural imaginary of Greater China, with Pallet Town representing a particular dream image of contemporary East Asia. In the quietly prosperous community, society, technology, the natural world, and even the supernatural exist in harmony, while the white walls of tidy houses present a tabula rasa for fresh beginnings. Incidentally, Pallet Town was based on the real life city of Shimoda, which played an important role in the opening of Japan to foreign influence and technology in the 1850s. This small fictional town at the center of a generation’s memories proves surprisingly dense with meaning, not only presenting an image of utopia, but also implicitly evoking concepts underpinning the history of Asian modernization, such as the necessity of technological progress for development.

As sites of previously unmatched prosperity, where technology has smoothed out the rough edges of daily life, the metropolises where the participating artists live and work actively reach towards utopia. Yet such conditions have also led to new anxieties over environmental degradation, inequality, and the place of humanity in the face of automation and artificial intelligence. Pallet Town’s suburban fusion of society and nature also remains unrealized. The artists here have used—and intentionally misused—contemporary technology to celebrate the joys of sensation available in the present moment, while also expressing a certain sense of disquiet over issues that remain unresolved.

Jingfang Hao and Lingjie Wang create installations that reconstruct natural processes, uncannily mechanizing phenomena defined by imperfections and chance. On the beach outside the museum they use glass microspheres and an air compressor to create a rainbow, turning a serendipitous event into a regular occurrence. Like the lawns and fountains of a manicured park, this and other installations both soothe and illustrate a lack—what missing element necessitates these simulations?

Leelee Chan’s work is built out of the city: she takes as her materials consumer technology and discarded goods, found in part in the neighborhood around her Hong Kong studio. Polystyrene packaging, construction lights, a wind shield, wooden pallets, mother of pearl tiles, cosmetics containers and more are assembled into sculptures and installations that uncannily mimic nature, whether staging an artificial sunset, or carefully framing a single seashell to suggest the remains of a larger, unknown sea creature. Chan illustrates what materials fall through the cracks—even in developed, efficient cities—and then positions these objects as protagonists in their own right. In doing so, she investigates what traces urban life may leave in the distant future.

Guo Cheng also explores how our current lifestyles may shape the future, while customizing devices and software in a manner benefitting his background in industrial and product design. In The (Temporary) Gadget he arranges Geiger counter radiation detectors and custom circuits on spindly stems, recalling insects poised on branches. There they await the decline of global radiation to its level prior to atomic weapons testing. Other works encase everyday objects in concrete to create artificial fossils, or reproduce the artist’s face through 3D prints, massively distorted by neural network processing. Guo reminds the viewers that our attempts to create a controlled environment may have unforeseen effects, reshaping the earth, or even our own humanity.

Whether recreating natural beauty, or capturing the poetry of a high-tech device in operation, the works in the exhibition on the one hand embody the mixture of optimism and nostalgia that Pallet Town symbolically encapsulates. Yet in their observations of contemporary conditions, the participating artists also ask if we may ever truly reach this supposed utopia, and if so, what we may lose along the way.

UCCA Dune is an art museum buried under a sand dune by the Bohai Sea in Beidaihe, 300 kilometers east of Beijing. Designed by OPEN Architecture, its galleries unfold over a series of cell-like spaces that evoke caves. Some are naturally lit from above, while others open out onto the beach. As a branch of UCCA, China’s leading independent institution of contemporary art, it presents rotating exhibitions in dialogue with its particular site and space. UCCA Dune is built and supported by UCCA strategic partner Aranya, and located within the Aranya Gold Coast Community.

Guo Cheng (b. 1988, Beijing) is an artist currently based in Shanghai. He graduated from MA Design Products at Royal College of Art (London, UK) and obtained his Bachelor in Engineering in Industrial Design at Tongji University (Shanghai, China). His practice mainly focuses on exploring the interrelation between mainstream/emerging technologies, and individuals under the context of culture and social life. His work has been exhibited in “Machines Are Not Alone: A Machinic Trilogy” (Chronus Art Center, Shanghai, 2018); “The Ecstasy of Time” (He Xiangning Art Museum, Shenzhen, 2017); “Festival GAMERZ 11” (Aix-en-Provence, France, 2015); “The Ballad of Generation Y” (OCAT Shanghai, 2015); “Imaginary Body Boundary” (Digital Art Center, Taipei, 2015); STRP Biennial (Eindhoven, 2013) and elsewhere. He won the Special Jury Prize of the Huayu Youth Award (Sanya, 2018), and is a winner of the BAD award (the Netherlands, 2017). His work An Apophanous Overfitting (as a part of the collective project Tulip Pyramid – A Project of Copy and Identity) won the Gijs Bakker Award (the Netherlands, 2016). Guo Cheng has worked as Executive Director at Chronus Art Center, visiting researcher at the Department Environment & Health, Vrije University (Amsterdam) and has been serving as visiting lecturer at the College of Design and Innovation, Tongji University (Shanghai) since 2013.

Jingfang Hao (b. 1985, Shandong) & Lingjie Wang (b. 1984,Shanghai) are an artist duo. They both obtained Bachelors of Engineering in Shanghai Maritime University in 2007 and later received a Master’s degree in art from École Supérieure d'Art de Lorraine in France and a Diplôme national supérieur d’expression plastique (DNSEP). Now they reside in Mulhouse (France) and Shanghai. The two artists’ creative practice focuses on subtle changes in nature and our perception, with their main media including installations and images. By using the principles of material science and engineering, the works present an exploration of the relationship between cognition, emotion and nature, and convey a metaphysical reflection of intertwined rationality and sensibility. Their dual professional background in art and engineering effectively promotes their exploration of the ultimate commonality between the material and the spiritual world. 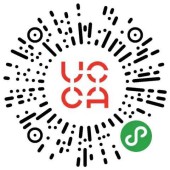