The Italian-born artist’s first solo exhibition in China presents 29 works from his more than three-decade-long career that confront themes of death, social mores, the colossus of art history, and the nature and value of art in globalized contemporary society.

Opening from November 20, 2021 to February 20, 2022, “Maurizio Cattelan: The Last Judgment” is the first solo exhibition in China by Maurizio Cattelan (b. 1960, Padua, Italy), one of the most popular and controversial figures on the international contemporary art scene. Taking its title from Michelangelo’s fresco in the Sistine Chapel, this exhibition is a focused overview of the artist’s more than three decades of often provocative, mocking, and prankish artistic output. Whereas his art has often been presented in a highly specific manner, this exhibition at UCCA takes a more holistic approach, offering the opportunity to pause and reflect on the artist’s vision and philosophy. “Maurizio Cattelan: The Last Judgment” is curated by Francesco Bonami, and organized by Liu Kaiyun, Edward Guan, Shi Yao, Anna Yang, and Yvonne Lin.

On view within the open space of UCCA’s Great Hall are 29 works of installation, sculpture, and performance works from throughout the artist’s career, including his first major work Lessico Familiare (1989) and the well-known Catttelan (1994), Bidibidobidiboo (1996), Novecento (1997), and Comedian (2019), along with a suite of animal taxidermy works. Site-specific works—such as Zhang San (2021), a sculpture outfitted as a homeless person in Beijing, and a performance piece based on the figure of Picasso that also alludes to UCCA’s 2019 exhibition “Picasso – Birth of a Genius”—prompt viewers to participate in Cattelan’s artistic exploits within the contradictions of contemporary society, along with his interrogation of the culture and stereotypes of his birthplace, the mores of today’s globalized society, and the contexts surrounding  such reflections.

Works drawn from the artist’s own biography, identity as an artist, and ostensibly self-centered persona paradoxically open up into a multitude of identities and questions confronting the motifs of death and mortality, particularly the artist’s own: The kneeling figure with a paper bag over his head in No (2021) pronouncing the condition of destiny unknown; a grave moment in Untitled (1997) in the form of a pile of dirt and a hole in the ground the size of the artist’s body; the act of closure in Mother (2021), reprised here as a mural based on a photograph of the original 1999 performance. The nemesis of the artist’s alter ego, the elegant and powerful figure of the horse, shows up as an anti-heroic trophy in Untitled (2007), humiliated and trapped in the museum wall.

Other works simultaneously mock and pay homage to pop culture and Italian art history, such as the polysemous taxidermied pigeons of Kids (2011), Untitled (2001)’s mischievous allusion to a burglar scene in the classic Italian film Big Deal on Madonna Street (I soliti ignoti, 1958), Lucio Fontana’s slashed canvas in Untitled (1999), and the shrunken, miniature Sistine Chapel and its frescoes in Untitled (2018). The manipulation of scale is echoed in works reflecting his artistic philosophy such as the small but functioning elevators in Untitled (2001). Working is a bad job (1993), the artist’s irreverent solution to the labor and struggle of art-making created for his first appearance in the Venice Biennale, returns here as an electronic billboard to be leased out to commercial advertisements. In the performance work Untitled (1998), Cattelan pokes at commercializing, global systems of art production as a mascot performer dressed up as Picasso reminds viewers that everything, including art, is at risk of becoming mere entertainment. For “The Last Judgment,” this performance will take place in the galleries on weekends and selected public holidays during the exhibition period.

Along with Cattelan’s poignant questioning of the culture, “The Last Judgment” stresses the tension between the active choice of judging and the passive condition of being judged. Designed neither to push visitors to search for hidden artworks, nor to engender a theatrical sense of surprise as they encounter the pieces, the exhibition encourages viewers to seek out the stories within each work and to form their own personal connections with—and judgments of—the art presented in this new context.

Maurizio Cattelan (b. 1960, Padua, Italy) is one of the most popular as well as controversial artists on the contemporary art scene. Taking freely from the real world of people and objects, his works are an irreverent operation aimed at both art and institutions. His playful and provocative use of materials, objects, and gestures set in challenging contexts forces commentary and engagement. Active since the late 1980s, in 1993 he participated in the Aperto section of the Venice Biennale, where he rented out his space to an advertising company. Cattelan first achieved notoriety on an international scale with La Nona Ora (The Ninth Hour), a wax statue of Pope John Paul II hit by a meteorite, which was originally exhibited in 1999 at Kunsthalle Basel. Since 2010, L.O.V.E., a public art intervention permanently installed in Piazza Affari, Milan, has triggered residents’ re-appropriation of an otherwise forgotten square. In that same year, Cattelan launched a biannual, picture-based publication, TOILETPAPER, created together with the photographer Pierpaolo Ferrari. In 2011, he provoked lively debate with an installation of two thousand stuffed pigeons, presented at the 54th Venice Biennale. Cattelan was the subject of a solo exhibition at the Solomon R. Guggenheim Museum in New York that same year, in which all his works were suspended from the ceiling. After the exhibition he announced his temporary retirement as an artist. He returned in September 2016, when he replaced a toilet in the same museum’s restroom with a fully functional replica cast in 18-karat gold, entitled America and made available to the public for a year. Later in 2016, he was invited to stage an exhibition of his most important works at Monnaie de Paris, resulting in the retrospective “Not Afraid of Love.” In 2018, he curated, with support from Gucci, “The Artist is Present,” a group show at Yuz Museum in Shanghai which questioned the most hallowed principles of art in the modern era: originality, intention, and expression. A solo exhibition comprised of his major works was held at Blenheim Palace, Oxfordshire, in 2019; on the night of the opening America was stolen by unknown thieves. Cattelan once again stimulated worldwide discussion about the nature and value of art in December 2019, when he debuted his work Comedian, a banana duct-taped to the wall of a gallery booth at Art Basel Miami Beach. In 2021, at Pirelli HangarBicocca in Milan, he presented the major new work Blind, a black monolith with the form of an airplane struck through it, serving as a memorial to the September 11 attacks that occurred twenty years earlier.

As befitting Maurizio Cattelan’s unconventional artistic practice, on the occasion of “The Last Judgment,” UCCA is publishing a unique catalogue: no photographs of the exhibition’s 29 artworks appear in the book. Instead, each work is represented by an original painting by illustrator Wang Buke. These illustrations relocate the artworks to locations around Beijing—some iconic, some mundane—to celebrate Cattelan’s first solo exhibition in China. The catalogue contains a foreword by UCCA Director Philip Tinari, a conversation between the artist and exhibition curator Francesco Bonami, and an essay by Central Academy of Fine Arts associate professor Zhang Chen, as well as extensive annotations on each exhibited artwork. “Maurizio Cattelan: The Last Judgment” is published by Zhejiang Photography Press, and book design is provided by 26 Studio (Yang Shaozhun and Leng Jing). Follow UCCA's official WeChat account for updates on the catalogue.

During the exhibition “Maurizio Cattelan: The Last Judgment,” UCCA Public Practice will launch “Be Right Back,” a series of public programs that will stage a variety of crossover events and activities based on Cattelan’s unique and playful artistic style, including monthly conversations, performing arts, and cinema arts programs. From December 2021 to January 2022, we will host a series of candle-making and watercolor illustration workshops. A special stand-up comedy show will take place at the museum in February 2022. Through a variety of programming, audiences can experience in a casual, relaxed atmosphere the humor, joy, and insight conveyed by the artist in his work. 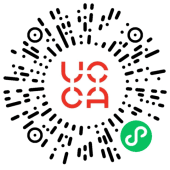 Digital Copy of the Exhibition Guide