A year after Daniel Arsham’s (b. 1980, Cleveland, USA, lives and works in New York) sculpture Bronze Eroded Venus de Milo (2020) was unveiled as a public artwork at Aranya, the artist returns with a new body of work for the first solo exhibition held at UCCA Dune. Against the backdrop of the natural, geological features of UCCA Dune, “Daniel Arsham: Sands of Time” stages recent sculptures and related drawings that expand upon his fascination with history, relics of the past, and idea of a “fictional archeology.” The exhibition runs from July 11, 2021 to October 10, 2021.

Central to Arsham’s sculptural practice, fictional archeology takes objects from the past and significant to our present and present them as if we are viewing them from the future. With unprecedented access to molds at Réunion des Musées Nationaux in France that were made for classical Greek and Roman sculptural masterpieces found in the collections such as the Louvre and the Vatican Museums, Arsham casted works in his own trademark style and materials such as eroded crystal and bronze, reimagining these historical sculptures as if they have been excavated centuries, and even thousands of years, into the future. While these ancient subjects—among them are the Florentine statesman and art patron Lorenzo de Medici, the Roman god of war Ares Borghese, the Greek god Apollo Belvedere, and the Roman goddess of wild animals and the hunt Diane (or Diana) —are depicted in a state of decay, the nature of crystal introduces the opposing idea of formation and growth. The selection of work on display reflects the artist’s impression of the museum’s unique subterranean setting and the creative possibilities within the museum space to consider ideas of the remnants of civilization as mixed with their surrounding natural landscape and the effects of time itself.

“Sands of Time” refers to our inherent association with the passing of time as represented by the image of sand falling through an hourglass, as well as to the sand that surrounds the sculptures in the exhibition, which forms a color gradient from white to blue that runs alongside the sculptures. Partially collapsed into the sand in the gallery space sand in the gallery space outside on the beach, Unearthed Bronze Eroded Melpomene (2021) is Arsham’s largest bronze work to date. The massive sculpture of a bust of the ancient Greek goddess hints at a complete form that could be continuing and resting beneath the surface of the sand. Other eroded, or otherwise incomplete, figures inspire similar imagination. The public artwork Bronze Eroded Venus de Milo (2020) will join the rest of the works at the museum as part of the exhibition.

Through the surreal displacement of ancient objects and the new location the viewer finds them in, the artist asks the viewer to consider the art historical tradition of unearthing, revising, and conserving works of the past, while probing at the idea that the modern meaning of antique sculptures can be through the viewer’s interpretation of them. Framing a visual dialogue between these fictional relics, the environment they have been recast in, and our imagination that completes the story behind them, the sustained tension between decay and completion becomes a surreal, captivating paradox by the coast under the dune.

Daniel Arsham (b. 1980, Cleveland) lives and works in New York. Arsham’s aesthetic is rooted in his concept of fictional archaeology. Working with sculpture, drawing, architecture, and film, he creates liminal situations by staging what he refers to as “future archaeology.” These works imagine a future world from which we may re-examine our present. These haunting yet playful visions straddle romanticism and pop art. The artist’s work has been shown in many prestigious institutions, including MoMA PS1, the New Museum in New York, and the Museum of Contemporary Art in Miami, among others. In 2021, Arsham was appointed to the role of creative director of the Cleveland Cavaliers, becoming the first-ever fine artist to hold a position of this nature.

UCCA Dune is an art museum buried under a sand dune by the Bohai Sea in Beidaihe, 300 kilometers east of Beijing. Designed by OPEN Architecture, its galleries unfold over a series of cell-like spaces that evoke caves. Some are naturally naturally lit from above, while others open out onto the beach. As a branch of UCCA, China’s leading independent institution of contemporary art, it presents rotating exhibitions in dialogue with its particular site and space. UCCA Dune is built and supported by UCCA strategic partner Aranya, and located within the Aranya Gold Coast Community. 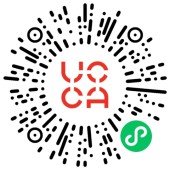