Winter is over and the weather is getting warmer, but tragically, the COVID-19 pandemic still casts a shadow over the world. In these difficult times, the new possibilities for creativity and communication posed by the Internet, and live streaming technologies in particular, at least offer a new opportunities to connect communities across national boundaries and languages, through music. Looking at the Chinese word for music, yuè 樂, in traditional characters, there is an obvious connection with yào 藥, the term for cure, making clear the links between music and healing. Just as Chinese traditional music is arranged along a five-tone scale, Chinese medicine recognizes five flavors, each with different health benefits. Like art, music has the ability to express things, and provide comfort, in ways that transcend language.

At their purest, rock and experimental music have a sort of “outlaw” character—developing outside of mainstream cultural circuits and building their own spaces. This attitude has often been shared with the contemporary art scene, creating a special kinship that is only strengthened by the presence of visual artists involved in music, musicians involved in visual art, and countless collaborations. On April 26, UCCA Center for Contemporary Art will showcase some of this creative cross-pollination through the second “UCCA Online Concert Series: Sonic Cure” event. We have invited renowned German visual artist/sound artist/musician Alva Noto, Chinese funk stars Click#15 in collaboration with artist Liu Di, experimental musician GOOOOOSE (member of the band Duck Fight Goose, and closely linked to Shanghai’s acclaimed SVBKVLT label), and electronic rock band Nova Heart to perform remotely, mixing pop and art, underground and mainstream, and briefly creating links between Berlin, Beijing, and Shanghai.

As an institution, UCCA strives to expand its platform through lectures and discussions, film screenings, performances, workshops, and other opportunities for meaningful interaction with our public. At a time when public space is inaccessible in Beijing, UCCA’s public programs provide an open forum online. To learn more about the online programs that UCCA departments including UCCA Foundation, UCCA Kids, and UCCA Store have been organizing throughout the COVID-19 outbreak, please visit our official website and WeChat, Weibo, and Instagram accounts. 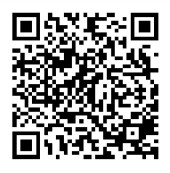 *Each performance session is approximately 30 minutes.

Nova Heart was established by Helen Feng in 2011, who was joined by drumming legend Shi Lu (AKA Atom) and guitarist and bassist Bo Xuan, both from the seminal Beijing band Hedgehog. The group has accomplished things no Chinese band has done before, including extensive international touring (at festivals from Glastonbury in the UK to Sakifo in Réunion), to radio play on major international stations (BBC in the UK, Triple J in Australia, Eins Live In Germany, KCRW in the US), but also giving interviews to everyone from Der Spiegel to Vice, The Guardian, and CNN. With Feng at the helm, Nova Heart has found an artistic voice, one that both China and the West are listening to.

Gooooose is Shanghai-based artist Han Han. His multi-instrumental approach towards music-making usually leads the audience into a place where ambient soundscapes, heavily synthesized textures, and syncopated rhythms, and other elements of IDM (Intelligent Dance Music) find their harmony, yet still clash against each other. Han Han is the frontman of electronica band Duck Fight Goose and owner of Miniless Recordings. He is also a visual artist and software developer. Since 2012, he has performed at various venues across Germany, Switzerland, Denmark, Finland, Norway, Estonia, France, and the United States, including Haus der Kulturen der Welt and CTM Festival in Berlin, Cité De La Musique in Paris, and SXSW in Austin. As a music producer/composer/audio-visual artist, he also participated several art projects since 2017, such as a full audio-visual live performance for Zhang Ding’s work Vortex, and composing music pieces for Andrey Boleslavsky’s VR artworks at Chronus Art Center (Shanghai), fashion designer Zhang Da (Boundless), Wang Hao Min (Zuczug, WHM), and jewelry brand Cough In Vain.

Click#15’s lead singer Ricky and keyboardist Yang Ce take inspiration from the Godfather—James Brown—as well as their own background playing in wild punk bands, and the slick vocal stylings of Prince. From the first note they open the valve to unleash the funk, with guitar and keyboard tones that bring you back to the 1970s. The enthusiasm of their music goes past your ears and brain to directly reach your four limbs, leaving listeners powerless to resist the urge to dance. Click#15’s music music speaks to the part of young souls that just can't keep quiet, reaching back towards the decadent and fun-loving music of the past. The band welcomes all fans, no matter their scene or style, as long as they enjoy themselves and are ready to dance.

Carsten Nicolai (b. 1965, Karl-Marx-Stadt) is a German artist and musician based in Berlin. He is part of a generation of artists who work intensively in the transitional area between music, art and science, seeking to overcome the separation of man’s sensory perceptions by making scientific phenomena like sound and light frequencies perceivable to both eyes and ears. Influenced by scientific reference systems, Nicolai often engages with mathematical patterns, such as grids and codes, as well as error, random and self-organizing structures, and his installations have a minimalistic aesthetic whose elegance and consistency are highly intriguing. Following his participation in important international exhibitions like Documenta X and the fourty-nineth and fiftieth Venice Biennales, Nicolai’s works have been shown worldwide in extensive solo and group exhibitions.

For his musical output, Carsten Nicolai employs a pseudonym, Alva Noto. With a strong adherence to reductionism, he leads his sound experiments into the field of electronic music, creating his own code of signs, acoustics, and visual symbols. His diverse musical projects include remarkable collaborations with Ryuichi Sakamoto, Ryoji Ikeda (as cyclo.), Blixa Bargeld, and Mika Vainio. Nicolai has toured extensively as Alva Noto through Europe, Asia, South America and the US. Among other venues, he has performed at New York’s Solomon R. Guggenheim Museum, the San Francisco Museum of Modern Art, the Centre Pompidou in Paris and London’s Tate Modern. In 2015, Nicolai scored music for Alejandro González Iñárritu’s film The Revenant, which was nominated for Golden Globe, BAFTA, and Critics’ Choice awards.

You Yang has over ten years of experience related to art institutions, and has been with UCCA since 2011. Keenly interested in the development of and intersection between urban and consumer culture, his previous roles have included museum manager, columnist, curator, lecturer, public relations and marketing expert, and more. Having run various UCCA teams including public relations, public programs, and retail, he has since grown the special projects department into UCCA Lab, a new division of the UCCA Group focused on commercial collaborations and new kinds of exhibitions in urban spaces. He has curated several large-scale exhibitions, including “Juqi” (2012, Lijiang), “New Order: Altermondialisme” (2016, Sanya), and “Mirroring: Aegean Place Public Art Project” (Shanghai, 2017). Prior to joining UCCA, You Yang was the marketing director of the Chinese-language version of Time Out Beijing and the deputy general manager of the China International Gallery Exposition (CIGE), the first large-scale contemporary art fair in China. He has also served as Asia consultant for the ART ASIA art fair and consultant for Hyundai Motorstudio, among others.

Launched in 2011 by Kuaishou Technology, Kuaishou is one of the world’s leading short video social platforms, boasting more than 300 million daily active users. On a mission to increase every individual’s happiness through big data and AI technology, Kuaishou was created based on the belief that everyone’s lives are worth chronicling. Through the sharing of short videos, photos, and live streams, Kuaishou Technology’s “equal opportunity” algorithms and ethical corporate values give to life to the first technology platform specifically designed to shine a limelight on often overlooked, diverse and down-to-earth communities in China. By highlighting a side of China that is not often seen, Kuaishou empowers people from all over the country to virtually experience the world by enabling them to engage with fans from all walks of life around the globe, inviting the world into their homes. Since its launch, Kuaishou has grown to become China’s largest life sharing platform, with 15 million pieces of user-generated content created everyday and 350 million daily likes. Supported by an archive of 20 billion original short videos, Kuaishou’s journey to document humankind and empower citizens worldwide to discover their inner happiness is just beginning. While Kuaishou is Kuaishou Technology’s a short video platform for the Chinese market, the international version of its app, Kwai, parallels Kuaishou with similar features, but offers localized functions tailored to users from outside of China.

IC-United is a multi-disciplinary creative team composed of artists, designers, directors, screenwriters, musicians, and software engineers. It is a visual art studio that explores the boundary between virtual and reality in the post-digital age.