Special Event
“Meditations in an Emergency” Series | UCCA Jazz Night: To Whom We Love

On the evening of July 26, 2020, UCCA Center for Contemporary Art will host a special event for a nighttime tour of “Meditations in an Emergency,” the current exhibition. Visitors will be able to immerse themselves in the art on display while also enjoying a jazz performance by a quartet comprised by pianist Feng Wei, drummer Shao Haha, saxophonist Wang Zongxing, and bassist Sheng Zhi.

“Meditations in an Emergency” takes its title from an anthology of poetry by Frank O’Hara (1926-1966), who also served as a curator at New York’s Museum of Modern Art. The group exhibition looks to art as a source of solace, reflection, and solidarity. As O’Hara wrote in one of the anthology’s poems, “In times of crisis, we must all decide again and again whom we love.”

Inspired by the exhibition and O’Hara’s poetry, the performance is dedicated “To Whom We Love.” Just as “Meditations in an Emergency” finds comfort in art, the concert turns to jazz’s alchemical power to transform traditional compositions into living, breathing forms through improvisation and adaptation.

*Refreshments will be available throughout the event

*The exhibition is open during the performing arts segment, please do not bring drinks into the exhibition hall area;

*The “performing arts” segment is a non-profit event. 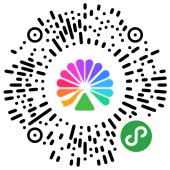 *Setlist may differ from live event

Feng Wei has been learning traditional folk music since his childhood. In 2009, he began studying jazz, and formed his first jazz band, Power Trio, in Tianjin. In 2013, he moved to Beijing to continue his study of music, began independently composing music, and formed the Seesaw Jazz Quartet. The band soon attracted the attention of musicians and fans alike. After many performances and preparation, the band’s album Dawn was released worldwide. The group’s songs include “Crescent Moon,” “Seesaw,” “Shique North,” “Winter Solstice,” and “Horse Racing,” which incorporate elements of Chinese folk music with jazz in Feng Wei’s distinct musical style.

Shao Haha is currently a drum lecturer at the Beijing Contemporary Music Academy. Passionate about music since childhood, he was later admitted to the Xi’an Conservatory of Music to study percussion. He has more than two decades of performing and recording experience in jazz as well as in other genres. He has collaborated with artists and bands such as Zhang Chu, Zheng Jun, Avanti Band, Jerry Bergonzi, and Carl Winther, and performed around the world, on stages including the Beijing 9th International Jazz Festival, the Jazz Shanghai Music Festival, the Berlin International Jazz Festival, and the 29th World Music Education Conference Opening Concert. He has also travled to Romania, Bulgaria, Ukraine, and Croatia with the Golden Buddha Jazz Orchestra on behalf of the Chinese Ministry of Culture.

Sheng Zhi is a bass lecturer at the Beijing Contemporary Music Academy, bassist of the band Los Amigos, and is proficient in electric bass and double bass performance. He is well-versed in different genres of music, including pop, jazz, funk, Latin, and more.