From March 6, 2021 to May 23, 2021, UCCA Center for Contemporary Art presents “Silent Thunder,” a group exhibition examining the links between Buddhism and contemporary art in China, interrogating the concept of “Buddhist art” as a whole. Featured artists include Chen Lizhu (b. 1979, Fujian province), Chu Bingchao (b. 1986, Pingliang, Gansu province), Liao Fei (b. 1981, Jingdezhen, Jiangxi province), and Shao Yi (b. 1967, Hangzhou). The exhibition begins from the premise that although the Chan school of Buddhism (known as Zen in Japanese, and defined by a focus on experiential understanding and meditation) originates in China, much of what is commonly considered a Chan aesthetic in contemporary art originates not from this source, but rather from a long-term process of translation, through which philosophers and artists working in the West came to define and influence the shape of what is now known as Buddhist art. The four artists featured in “Silent Thunder” approach Buddhism from varying angles, some earnestly engaging with faith and belief, while others utilize religious iconography as an entry point into broader social and historical questions. From these different perspectives, the artists use sculpture, installation, painting, and other media to propose how Buddhist and Chan art might be reimagined, at once bypassing and implicitly responding to external frames for understanding Buddhism. The exhibition is curated by UCCA Assistant Curator Neil Zhang.

The title “Silent Thunder” itself stems from an imprecise translation of the Vimalakirti Sutra, a classic Buddhist text. In a key passage from the sutra, the layman Vimalakirti remains silent when asked for his views on nonduality, thus revealing its inexpressible nature. In popular English language retellings of the story, Vimalakirti is said to maintain a “thunderous silence,” a detail lacking in the original Sanskrit and Chinese translations of the sutra (as well as academic English translations). This misreading speaks to a broader phenomenon, in which Western views on Chan, often filtered through Japan, came to define Buddhist art as a discrete field of study, which first emerged in early twentieth century. Even earlier, when American art historian Ernest Fenollosa and Japanese critic Okakura Tenshin visited Horyu-ji Temple in Nara in 1884 and were met with resistance trying to uncover a hidden Buddha (hibutsu), it was already apparent that academics and religious practitioners held radically different conceptions of what constituted an art object.

Later on, influential Japanese scholar D.T. Suzuki did much to spread Chan in the West, in particular through his time teaching at Columbia University in the 1950s. His highly specific interpretation of the faith, itself arguably influenced by Western modernism and religion, shaped the attitudes of post-war artists and intellectuals like John Cage, Arthur Danto, and Robert Rauschenberg. It was from here that visual aesthetics that one might commonly read as “Zen”—minimalism, a certain cool austerity, and evidence of chance as a compositional tool—gained such an association. These approaches have since been reimported into East Asia, with their oft-unchallenged international ubiquity posing the question of whether it might be possible to imagine different ways of connecting Buddhism with contemporary art and visual culture.

Returning to primary sources to imagine new possibilities, each of the artists in “Silent Thunder” has reflected upon Tang and Song Buddhist texts as part of their working process, whether as specific inspiration for pieces being shown here for the first time, or as a more general element of their practice. Their art is housed within exhibition design created by Liao Fei, which may be considered an artwork in its own right. The artist was inspired by the architecture of ancient Chinese temples and gardens—in particular, how these spaces were not only intended for human use, but also designed to house the sacred or spiritual. Rather than approach the load-bearing pillars that dot UCCA’s Central Gallery and New Gallery as obstacles, he has used them as a jumping-off point for his design, transforming the two rooms into a labyrinth that houses an hidden chamber. Inaccessible to visitors as an echo of the closed-off spaces found in temples, the room generates a kind of sacred presence within the exhibition.

The abstract color fields created by Chen Lizhu, the only painter featured in “Silent Thunder,” may on the surface recall Abstract Expressionism and its own engagement with spirituality, yet they have emerged out of her personal study of Chan. In her “Meditation Space” series, multiple layers of similarly-hued oil paint lend three-dimensional depth to the surface of the canvas, creating a suite of contemplative works that live up to their title. Chu Bingchao on the other hand, takes a more drily analytical, quasi-scientific approach, documenting his efforts using digital technology to determine the “true” dimensions of ancient Buddhist sculptures through film, sketches, and architectural models. His work, sometimes considered controversial for its unsentimental attitude towards holy objects, raises questions about the current state of Buddhist devotional art and how evolving technology may continue to shape belief.

The two additional works that Liao Fei contributes besides his exhibition design are also in a sense investigative: through a process of experimentation and mathematical calculations, he has determined how to use only the force of gravity to hold together unlikely sculptural assemblages made of stone, wood, and metal. By closely exploring the properties of his materials and arranging them in seemingly impossible positions, he gestures towards an ineffable sense of the spiritual. Finally, Shao Yi’s works repurpose industrial materials to create sculptures that bring to mind abstractions of traditional Buddhist icons. Juxtaposing the sacred and the profane, he asks what might constitute the spiritual symbols for our contemporary age. Through hands-on experiments such as these, Shao and the other artists in “Silent Thunder” find new ways of representing Chan, suggesting that there remain as-yet-unexplored avenues for connecting Buddhism with contemporary art.

Chan Lizhu (b. 1979, Fujian province) currently lives and works in Suzhou. In 2004, she graduated from the Fine Arts College of Shanghai Normal University, and in 2007, obtained a master’s degree from Hanzehogeschool Groningen, Frank mohr Institute. She primarily creates abstract oil paintings, which revolve around space as their central theme. Through continual practice, she investigates the myriad possibilities to be found in the interaction between colors, brushstrokes, and the spatial field of the canvas. She is also interested in Chinese and Western literature, philosophy, and art history and theory, bringing insights from her personal studies in these areas into her artistic practice and attempting to simplify complex concepts into a succinct vision. Chen has participated in programs including the Laforêt Summer Vacation Project artist residency, Italy, and the China National Art Fund’s Inheritance and Innovation of Dunhuang Project.

Chu Bingchao (b. 1986, Pingliang, Gansu province) currently lives in works in Beijing. He graduated from Hubei Institute of Fine Arts in 2010 and works across media including sculpture, painting, installation, video, and more. Throughout the course of his artistic career, he has consistently focused on social issues, personally placing himself within the symbiotic relationships between individual and society, and art and reality. To this aim, he has restored Buddha statues, made research trips to martial arts schools, and altered the shape of mountains.

Liao Fei (b. 1981, Jingdezhen, Jiangxi province) graduated from Shanghai Normal University in 2006, and currently lives and works in Shanghai. His art emerges out of close observation of and reflection upon objects. The connections and tensions between materials and their associated meanings, disorder and geometry, subjective consciousness and mysticism, and binaries and the absolute lie at the core of his practice. While drawing attention to these large-scale abstract concepts, he also seeks to explore and experiment with the innate nature of materials on a microscopic scale, revealing the inner metaphysical qualities of matter.

Shao Yi (b. 1967, Hangzhou) lives and works in Hangzhou. As an artist, he works in media including installation, sculpture, photography, performance, and more. Growing up during the first wave of China’s Reform and Opening Up, in the 1980s and 1990s, he experienced the vibrant artistic movements then active in southern China. Later, around 2000, he began creating his own art. Inspired by Buddhist beliefs, in his art Shao Yi explores the relationship between objects in and of themselves and the spiritual significance contained within them. By positioning industrial materials as totemic objects, or juxtaposing them with natural materials, he presents his thinking on connections between the artificial and the natural, religious worship and industrial society, and inner spirit and outer materiality. In another aspect of his practice, he investigates and stages interventions into issues related to marginalized social groups, attempting to restore voice and a sense of power to forgotten people in a hands-on manner. He has been an active participant in Hangzhou’s art community since 2006. In the same year, he established a platform for the city’s young artists. 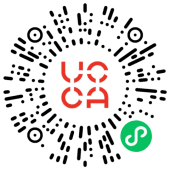 A Group of Meditation Spaces