From September 28, 2019 through January 12, 2020, UCCA presents “Matthew Barney: Redoubt,” a major new body of work realized between 2016 and 2019 that marks the artist’s first solo exhibition in China. The exhibition includes an eponymous two-hour film that traces the story of a wolf hunt in Idaho’s Sawtooth Mountain range, intertwining the theme of the hunt with those of mythology and artistic creation. Also featured are five monumental sculptures, more than fifty engravings and electroplated copper plates, and an artist-conceived catalogue. The exhibition was first displayed at Yale University Art Gallery from March 1 to June 16, 2019. After its run at UCCA, in October 2020 it will travel to the Hayward Gallery in London.

The artworks in “Redoubt” continue the artist’s notable shift in materials over the past decade, from the plastic and petroleum jelly of his early works to the cast metals that figured prominently in River of Fundament (2014). With “Redoubt,” Matthew Barney (b. 1967, San Francisco, lives and works in New York) has combined traditional casting methods and new digital technologies with unprecedented techniques to create artworks of formal and material complexity, and narrative density. The five monumental sculptures in the exhibition, for instance, derive from trees harvested from a burned forest in the Sawtooth Mountains of central Idaho, near the artist’s childhood home. Molten copper and brass were poured through the trees, creating a unique cast of the core as the metal flowed inside. Each sculpture is a literal vestige of Idaho, with the remains of the tree being subsumed into the artwork. Of the five sculptures featured, one is a previously unseen piece, specially created according to the dimensions of UCCA’s Great Hall and displayed for the first time ever at the Beijing installment of “Redoubt.”

The exhibition also includes engravings on copper plate that Barney made during the filming of Redoubt, as well as a series of electroplated copper reliefs that feature imagery from the film, such as the landscape of the Sawtooth Mountains or a wolf among the trees. The electroplates were made using a technique that Barney developed during production of the film, which he then refined and expanded in the studio. In this experimental method, an image was engraved into a copper plate coated with asphalt. The plate was immersed in an acid and copper solution and was subjected to an electrical current, causing copper growths to form out of the engraved lines. By altering the conditions in the electroplating tank—including current, heat, and chemical concentrations—the artist produced unique variations on each image. On the plates that were left longest in the electroplating bath, the copper accretions overtake the drawing, transforming the engravings into abstract reliefs and almost completely obscuring the image.

Redoubt was filmed in Idaho’s rugged Sawtooth Mountains and continues Barney’s longstanding preoccupation with landscape as both a setting and subject in his films. By layering classical, cosmological, and American myths about humanity’s place in the natural world, Redoubt forms a complex portrait of the central Idaho region. Like most of Barney’s previous films, Redoubt is without dialogue; but in a marked shift, Barney has more fully incorporated dance into the narrative of the film, allowing the characters to communicate choreographically. Throughout the film, the characters’ movements are formalized into choreographies that echo, foreshadow, and interpret their encounters with wildlife. Eleanor Bauer, who also worked with Barney on River of Fundament, both performed in and choreographed Redoubt, in collaboration with K. J. Holmes, Sandra Lamouche, and Laura Stokes. All of the dance passages were filmed on location, and the relationship between site and movement is a recurring theme.

Structured as a series of six hunts that unfold over seven days and nights, Redoubt loosely adapts the myth of Diana, goddess of the hunt, and Actaeon, a hunter who accidentally trespasses on her and is punished. The Diana of Redoubt (Anette Wachter) is both the protector of the natural world and a predator in it—a present-day sharpshooter in the frigid Idaho wilderness. Accompanied by her attendants, the Calling Virgin (Eleanor Bauer) and the Tracking Virgin (Laura Stokes), Diana traverses the mountainous terrain in pursuit of the elusive wolf. The Engraver (Matthew Barney) happens upon the hunting outfit in the forest and begins stalking the trio, furtively documenting their actions in a series of copper engravings. He brings his plates to a remote trailer housing a rudimentary laboratory, where the Electroplater (K. J. Holmes) subjects them to an electrochemical transformation. In a pivotal scene near the end of the film, the Engraver encounters a sixth character, the Hoop Dancer (Sandra Lamouche, Bigstone Cree Nation), who rehearses a Native American dance in a nearby town. Her complex movement sequence unites her with the other characters across time and space, as the film progresses to a climactic moment of cosmic and terrestrial reversal.

“Redoubt” is staged inside UCCA’s 1800-square-meter Great Hall, with exhibition design created in close collaboration with the artist’s studio. The space includes a specially constructed screening room, in which Redoubt will be shown at intervals throughout each day of the exhibition period.

Barney is among the most ambitious and provocative artists of our time, known for epic projects such as the “CREMASTER Cycle” (1994 – 2002). Both “Redoubt” and its related publication—which features essays by leading scholars of art history, dance theory, and environmental studies—speak to the artist’s expansive interests. Exhibition curator Pamela Franks, Class of 1956 Director at the Williams College Museum of Art, Williamstown, Massachusetts, and former Senior Deputy Director and Seymour H. Knox, Jr., Curator of Modern and Contemporary Art at the Yale University Art Gallery, says, “Barney’s intellectual and aesthetic frames of reference are wide-ranging: classical mythology as well as myths of the American West, modern choreography as well as contemporary Native American hoop dance, environmental science as well as wildlife biology, art history, cosmology, electrochemistry, and alchemy. The artist is equally adventurous in his approaches to materials and art making, with both casting and electroplating methods newly invented for Redoubt.”

UCCA Director Philip Tinari notes, “We are thrilled to be presenting this first exhibition of Matthew Barney’s work in China, where the artistic community has long regarded him as a pathbreaking inspiration. We are especially pleased to be showing a body of work that is at once artistically innovative and relevant to a wide range of contemporary questions and issues. We look forward to leading our visitors through this intriguing and complex exhibition.”

To accompany the exhibition, UCCA has organized a series of public programs to explore and extrapolate upon the web of concepts and references evoked in “Redoubt.” On September 28, 2019, UCCA will host a roundtable discussion between Matthew Barney, UCCA Director Philip Tinari, and renowned critic and academic Molly Nesbit (Vassar College), who has contributed an essay to the exhibition catalogue. Following the talk, a workshop presented by Body On & On and Touch Contact Improvisation Festival will underline the role of dance in the exhibition. In addition, the artist’s acclaimed films the “CREMASTER Cycle” and River of Fundament will be shown over the course of the exhibition, contextualized by talks with academics and interdisciplinary performances. Please visit UCCA’s website for up-to-date event information or to purchase tickets.

UCCA and Beijing’s Culture and Art Publishing House will publish a Chinese version of the eponymous exhibition catalogue. This catalogue is a comprehensive representation of the project, using hundreds of stills and documentary photographs to track the film’s narrative. It also features lush images of the engravings, electroplated copper plates, and tree sculptures related to the project, as well as other images that inspired Redoubt. The volume is organized into six chapters mirroring the “hunt” structure of the film. Included are an introduction, a historical essay originally published in National Geographic in 1899 that discusses the relationship among forests, forest fires, and regrowth, and six essays—some lyrical, others more objective—that approach Redoubt through the disciplinary lenses of art history, ecology, and dance theory. Taking a cue from Redoubt’s mountainous setting, the overall design of the book evokes a field guide.

All hunting scenes in Redoubt were staged using special effects. Trained animals were provided by professional handlers, who monitored their safety and the conditions on set. Wild animals were filmed in their natural habitats.

Written and directed by Matthew Barney

To accompany “Matthew Barney: Redoubt,” UCCA Store is offering a range of merchandise inspired by the exhibition, alongside the Chinese-language catalogue.

UCCA Foundation has carefully curated a selection of charity art education programs for children, opening up the exhibition’s artworks and the practices behind them for a wider audience. Children can learn about the exhibition through the creative kits “Exploring Electro-Art” and “Genius Curator: Designing Space,” or participate in group workshops at UCCA and join a children’s art and education festival, to be held in December 2019. Through these programs, UCCA Foundation seeks to create a cultural atmosphere encouraging in-depth learning. All proceeds from the creative kits and associated programs go towards UCCA Foundation’s efforts spreading art education to children that may otherwise lack access.

The Yale University Art Gallery, the oldest college art museum in the United States, was founded in 1832 when the patriot-artist John Trumbull gave more than 100 of his paintings to Yale College. Since then its collections have grown to more than 250,000 objects ranging in date from ancient times to the present. 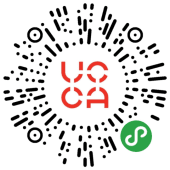 2018
Engraving on asphaltum ground in copper and
charred pine frame
38.4 × 31.8 × 5.1 cm with frame
Courtesy the artist and Gladstone Gallery, New
York and Brussels