From August 15 to November 29, 2020, UCCA presents “Elizabeth Peyton: Practice,” the artist’s first solo exhibition in China. Since the 1990s, Peyton (b. 1965, Danbury, Connecticut) has been a major force in the resurgence of painting and the revitalization of portraiture. The exhibition features drawings, paintings, and prints from throughout her thirty-year career, with a particular focus on work from the past decade. Peyton’s repertoire of subjects ranges from fellow artists and friends to cultural and historical figures, including Klara Lidén; Tyler, The Creator; Queen Elizabeth II; Angela Merkel; Dan Kjær Nielsen; Jonas Kaufmann; David Bowie; and Yuzuru Hanyu. Her powerful brushwork, colorful palette, and elegantly austere compositions all serve to bring the viewer into the psychic terrain of both the figure portrayed and the artist observing them. The exhibition is a collaboration with the National Portrait Gallery in London, where Peyton’s solo exhibition “Aire and Angels,” curated by Lucy Dahlsen, former Associate Curator, National Portrait Gallery, and the artist, was held from October 3, 2019 to January 5, 2020. “Practice” is organized by Luan Shixuan, UCCA Curator.

The exhibition reprises key works from “Aire and Angels,” which juxtaposed Peyton’s art with the permanent collection at the National Portrait Gallery, drawing connections between her work and approaches to portraiture from throughout art history. “Practice” consists entirely of works by Peyton, yet similarly grounds her contemporary oeuvre in a longer artistic tradition, evoked by her portraits of historical figures and pictures made after the works of artists such as Edward Burne-Jones and Gustave Courbet.  As Peyton states in the exhibition catalogue, the show is not intended as a comprehensive overview: it is more the artist’s view of her own work.

The exhibition title references the idea of “practice” as both a regimen of focused training and an artist’s ongoing process and body of work. “Practice” sees Peyton working and growing across a range of media including gauzy pastels and watercolors, oil paintings defined by intense brooding tones, and monotype prints capturing bold, direct forms. Spare first works like the delicate charcoal characters studies Napoleon (1991) and Princess Elizabeth's First Radio Address (1993) capture the point at which her personal study of literature and history coalesced into an awareness of the power of individuals and an incisive sensitivity to the stories and charisma that can be found written into faces. As her career progressed, these are qualities that Peyton would increasingly find in her contemporaries, intimately portraying the humanity of creative, visionary people. She depicts both personal acquaintances and figures from the remote past with a tangible sense of love and fascination, each portrait crystalizing a moment, which may reach across time and space, shared between artist and subject.

The exhibition also features still lifes, as well as a number of paintings and prints inspired by opera, from the last ten years. Scenes from operas including Tristan and Isolde and Manon Lescaut, and portraits of performers such as Jonas Kaufmann speak to her engagement with the movements, rhythms, and narrative sense of the art form. Peyton has noted that opera and still lifes provide her with “readymade” compositions, from which she can adopt scenes and stories as frameworks to freely paint within.

Peyton treats each of these subjects with the same compassion and careful attention, no matter the background of her sitter, her relationship to them, or the specific medium used for each piece. With a refreshing directness, the works in “Practice” draw viewers into the hermetic space shared between the painter and the painted, halting time to capture glimpses of love, beauty, and poetry.

UCCA Director Philip Tinari notes, “UCCA is pleased to present this exhibition by an American painter who has inspired a generation of Chinese artists and art lovers. Elizabeth Peyton’s distinctive and poetic approach to brushwork, subject matter, tonality, and composition resonates in an artistic context where figurative painting has always been prominent. While we are disappointed that owing to travel restrictions related to the ongoing COVID-19 pandemic, Peyton will not be able to join us in Beijing for her opening, we nonetheless look forward to sharing her vision and contribution with new and larger audiences.”

UCCA and Beijing’s Culture and Art Publishing House will publish a Chinese-English bilingual exhibition catalogue, featuring high quality reproductions of all exhibited works, an essay by Lucy Dahlsen, and an exclusive dialogue between Elizabeth Peyton and UCCA Director Philip Tinari. The publication contextualizes Peyton’s work, from her education and formative influences, to the maturation of her artistic voice, and new explorations undertaken in recent years.

“Elizabeth Peyton: Practice” is organized by the National Portrait Gallery, London, in partnership with UCCA. The exhibition is made possible by generous sponsorship from Bank of Shanghai. Exclusive support for environmentally friendly wall solutions comes from Dulux. UCCA also thanks the members of its Foundation Council, International Circle, and Young Associates group, as well as Strategic Partners Aranya, Bloomberg, Barco, Clivet, BenQ and Active House for their support.

The National Portrait Gallery was founded in 1856 to encourage through portraiture the appreciation and understanding of the people who have made and are making British history and culture. Today it promotes engagement with portraiture in all media to a wide-ranging public by conserving, growing and sharing the world’s largest collection of portraits.
www.npg.org.uk

- Before entering the museum, your temperature will be taken. Visitors with body temperatures of 37.3°C or higher, or experiencing coughs, shortness of breath, or other potential symptoms shall be politely declined entry. You must wear a mask for the duration of your visit, and maintain a 1.5 meter distance from other visitors.

- Limits on the number of total visitors may be updated according to the latest policies and regulations. 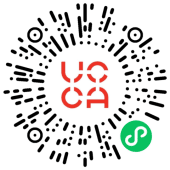